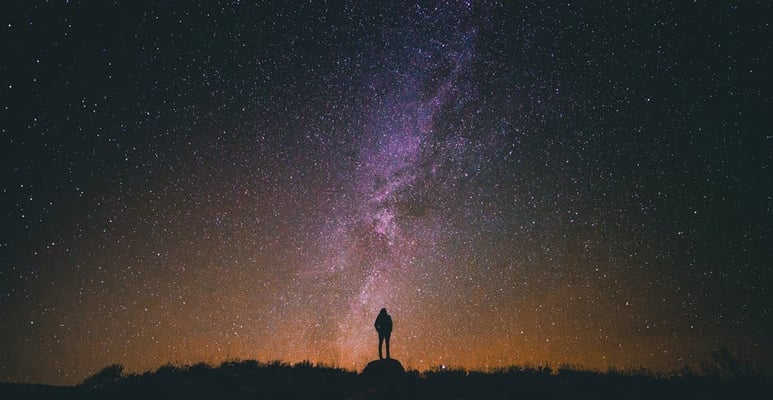 “This is an important part of being a human being, to have this curiosity—about the universe, who we are, where we come from, how it all fits. We have to feed that curiosity. We have to feed our souls. You have to feed your intellect, or else you’re nothing more than a well-fed cow.”

Perhaps it was from having a father who was a devout Catholic who also loved all things science (and science fiction).  Perhaps it was from attending a seminary where both religion and science were taught alongside each other (with a surprisingly great emphasis on the latter, as I recall).  Perhaps for these and other experiences in my life, I never understood the contemporary battle between science and religion.

My blog is about astronomy, but I do touch on religion from time to time.  A recent edition of St. Anthony Messenger, a Franciscan publication, reviewed the science-v-religion matter with Guy Consolmagno.  He is a Jesuit priest, PhD planetary scientist, and director of the Vatican’s observatory.  Yes, the Vatican has an observatory!  You can read the article here.  It discusses the origins of the battle along with in-depth examples of how religion and science are far more harmonious than not.

There is so much that we don’t know, about everything.  Our knowledge of the physical universe expands, but our souls are still a matter of philosophy and faith.  Take any point from human history; its learned people believed they were on the cusp of all understanding and revelation.  It was never true, is not true today, and will not be for a long time, if ever.  Though scientific knowledge has spiked over the past century, I am confident that the humans of the 22nd century will look upon our times as we look at the era of the steam engine (if you happen to become one of those 22nd century humans, please let me know if I was right by leaving a comment below).  And yet, even they will not have begun to know the mysteries of our creation and existence.

2 thoughts on “Feeding Our Curiosity”

Bringing the concepts of astronomy down to the human level of understanding.

Musings about telescopes and astrophotography

When the Curves Line Up

Watching the Sun, Moon and Planets

everything after the sun goes down...

ABOVE US ONLY SKY : amateur astronomy in australia

Author page of JR Handley, a veteran who writes military science fiction to excise the demons of his time spent fighting in the Late Unpleasantness in Mesopotamia.

How I See It
Flying Squirrel Outdoors

Astronomy, space and space travel for the non scientist